The third time was the charm for Erika Hebron at the Miss Missouri Pageant. 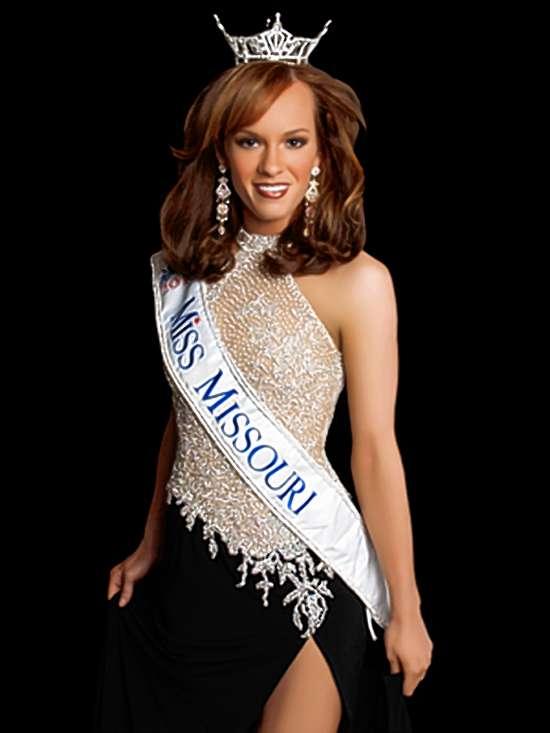 The O’Fallon resident – competing as Miss Gateway St. Louis – was crowned Miss Missouri June 12 at Missouri Military Academy in Mexico, and also competed in the 2007 and 2009 pageants.

She won a $10,000 scholarship and will go on to represent Missouri at the Miss America Pageant in Las Vegas. It will air Jan. 30 on ABC.

Hebron, 23, said she’s already begun preparing, including working with a choreographer for her talent, which is dance, and fitting for a gown.

“It’s a ways away, but it’ll be here before I know it,” she said in a phone interview.

Hebron took a break from judging the Little Misses of Missouri pageant in Mexico on July 22 to talk about being Miss Missouri, preparing for the Miss America Pageant and her work as a dancer in The Muny’s “Damn Yankees” production.

Q: What motivated you to compete in pageants?

A: I started competing when I went to college at Oklahoma City University. They actually have a local pageant. I went and watched it as a freshman and saw the enormous opportunity for scholarship money. I thought, “Oh, I could do that. It looks pretty easy.” That’s what really got me involved.

I developed more of a passion for the Miss America organization and the Miss Missouri organization as a whole. It’s a self-improvement opportunity and, also, you get out in the community. You’re able to reach out to the community and make a positive impact. I think people don’t realize that when you win a pageant, it’s not just a one-night thing. They don’t just give you a crown and it’s over. You have all kinds of responsibilities. You wear many different hats throughout the year.

Q: How did you win Miss Missouri?

A: There are five stages of competition: the personal interview, talent, swimsuit, evening wear and the on-stage question. The interview, that’s their first impression of you, so you want to get off to a good start. I thought that was very successful. I tried to be relaxed and at ease. Miss America is a spokesperson (so) it’s important that she be able to communicate.

Q: What about the competition on the final night?

A: It’s such a whirlwind, that final night. Your adrenaline is just going. On the final night, they announced the top 10. I was the last person they called. When I was called, it was crazy. When they did the top five, I thought, surely, they wouldn’t call me last twice, but they did. I was literally just shocked, because I hadn’t made the top five since 2007. I remember having to tell myself to breathe during the question. (The question is important because) that’s the only thing they see before they do their final ballot. It decides who is Miss Missouri.