Executive Editor of the New York Times announced earlier this week that the paper will begin charging for it’s online content in Jan. 2011.

Earlier this year, the paper unveiled a plan about how they were going to do this, but had not floated a date. 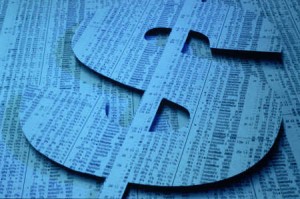 I hope this works, but I have my doubts.

I know my peers. Having grown up with the Internet, we’re spoiled. I’ve been getting free content since my grandpa first installed AOL on his office computer in the early 90s. That’s 20 years.

It’s difficult to give people something and then take it away, without repercussions. In grade school, it’s called Indian Giving. And when it happened, the kid who committed the crime received a swift punch, slap, kick or, if you were nice, tattle telling to the nearest teacher.

Let me put this in perspective with a more local example. This November, The Suburban Journals in metropolitan STL will have been subscription based for two years. Before that, most of its readers were accustomed to getting quality local news for free for as many as thirty years. (The number varies by which Journal you’re talking about because they were Independent papers bought by The Journal, which was then bought by Pulitzer aka The St. Louis Post-Dispatch in 1984, which was then bought by Lee in early 2000s.)

It’s good the Journals are still around, but they’re a shadow of their former glory. Offices have been closes, staffers cut, and AD revenue down. This quarter was the first time since The Journals went to subscription that their parent company Lee Enterprises declared a profit – $1.3 million to be exact – and the Journal still cut people.

Why? Because people aren’t buying the paper.

Why aren’t people buying them?  When I asked people in the community this question, the answer they gave was simple. Why should I pay for it? I’ve been getting it free forever.

It also doesn’t help the Journal that you can read all their content for free online. From people my age, the response was: Why should I pay for something that’s free online?

Which brings us full circle. Newspapers should just accept they’ve had their content online for too long. And, yes, it would be nice if people paid for it, considering I’m one of those who generate the content. However, it’s not worth losing readers over. Less readers = less advertising dollars.

What you do is set up a tiered pay system. Certain content is not available online unless you pay a small fee. Look at any magazine web site. You go to their page, and there’s stuff to click on, but you can only go so far into the site until you come to the pay wall. This allows long-time loyal online readers to still get some of the content they’re accoustom to free of charge, but balance that with the bottom line.

More later this week on why every newspaper should be developing an app.